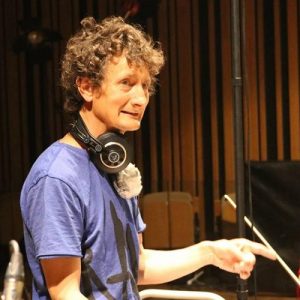 Influenced by the International Choral Contest that is celebrated every year in Tolosa where he was born, he specialised in choral conduction. Restless as he is and interested in written languages at the same time, he has tried to integrate artists belonging to various disciplines in shows that he has produced, directed and conducted himself. He has also developed this interaction at an stylistic level, merging groups of different musical tendencies; pop, folk and specially jazz bands have worked in several performances and recordings together with the Donosti Ereski and Eskifaia choirs and Et incarnatus Chamber Orchestra, all of which he is conductor nowadays.